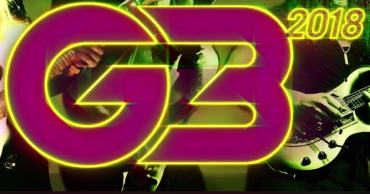 G3 is a ‘Special Event’ live music event/concert tour featuring three ‘select’ guitarists of the generation each performing with their own bands culminating with the 3 G’s jamming together at the end of the show; hence its name. It was created for guitarist Joe Satriani in 1996 and, although often imitated, was the 1st tour of its kind. Since its inception G3 has featured many of the top guitarists of the time including: Steve Vai, Eric Johnson, Kenny Wayne Shepherd, Ynqwie Malmsteen, John Petrucci, Robert Fripp, Paul Gilbert, Uli Jon Roth, Michael Schenker, Adrian Legg, with many other special guests sitting-in on a show-by-show basis (Neal Schon, Andy Timmons, Gary Hoey, George Lynch, Brian May, Chris Duarte, etc.).

The Whole Gang is Here

Give Your Satch Fan this Sweet Relief!

We’ve got the perfect gift for your biggest Satch fan this holiday season! Concert and Meet and Greet tix of your choice!! Check out the Sweet Relief Musicians Fund auction and help support your favorite musicians helping those in need! For the Joe Satriani auction page visit https://goo.gl/8y88pw

Joe Satriani is back in the game! The legendary guitarist has announced his 16th solo album, What Happens Next, and the 2018 iteration of his G3 Tour featuring Dream Theatre’s John Petrucci and Def Leppard’s Phil Collen.   Check out the Guitar World article for the full press release!

The 2012 version of G3 (featuring Joe Satriani, Steve Vai and Steve Lukather) are set to perform as one of the headliners at the 2012 Byron Bay BluesFest, Byron Bay, Australia, (scheduled for April 4-9, 2012). Click here for the full line up and ticket information.